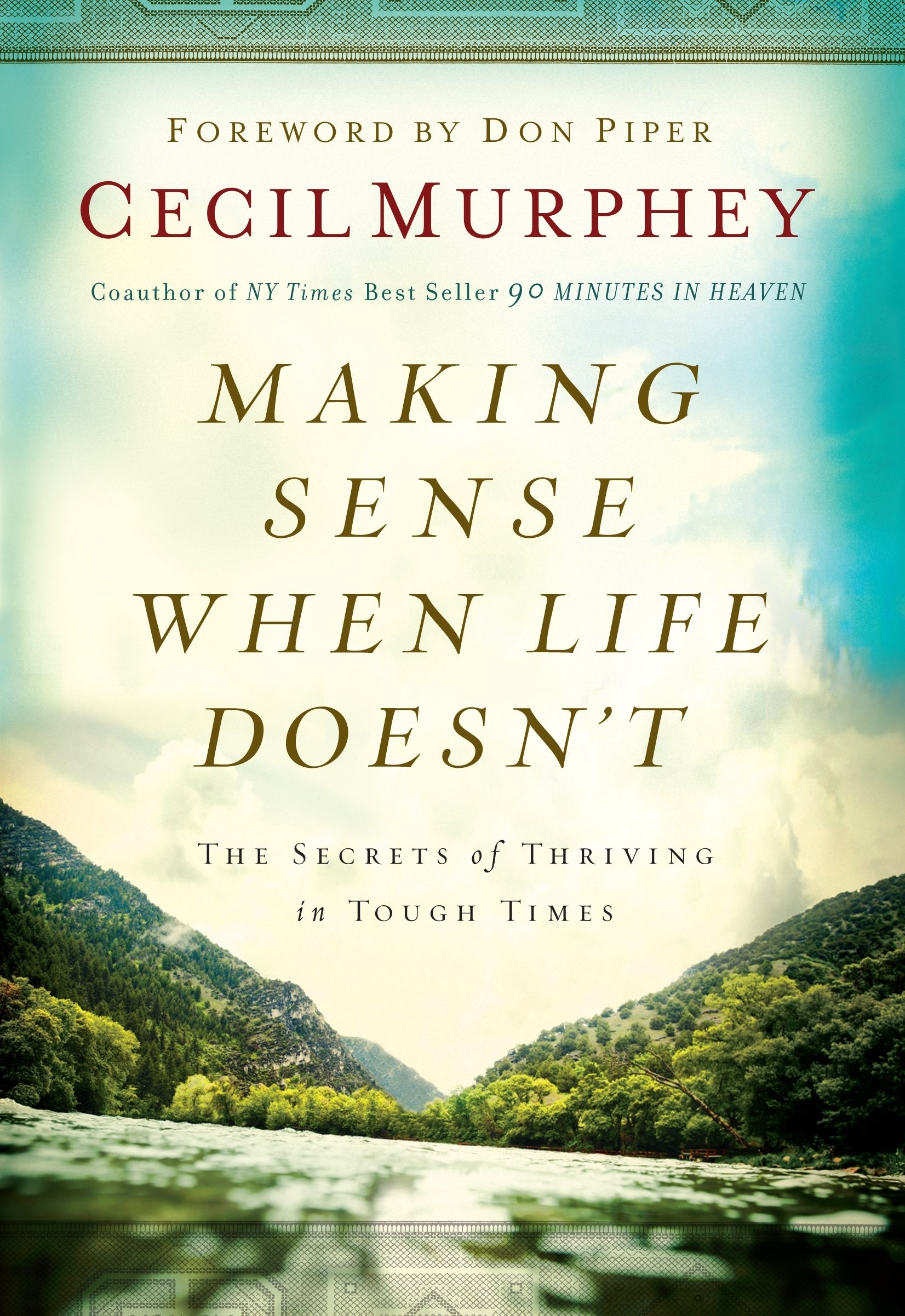 I first met Cec at the Mt. Hermon Writer’s conference in 2003. He was so kind to me after learning I was pitching a book proposal and looking for an agent that he sent me to his own agent with instructions to tell her “Cec Murphey sent me.” While his agent and I didn’t come to an arrangement, I’ve always remembered his kindness and willingness to help a “newbie.”

When I asked him why he wrote Making Sense, he replied, “Life doesn’t make sense: it’s not fair. If you think it does, you will always be disappointed when it doesn’t make sense and isn’t fair.” Cec believes that the difficulties in life many times lead to something better. “Life is full of lessons if you’re willing to learn.”

He believes there are many IBs in life (inevitable bumps) and that we will always hit ours. We can’t change that but we can learn from what is happening.

Cec says we need those difficult people or enemies or adversaries in our lives because they’re the ones who are honest with us. Our friends are usually too kind to tell us our faults, but these people make us face reality, make us honest, and we can learn from them. They tell us things we don’t want to hear but need to hear if we are to grow.

Something else Cec believes in are “empty spaces.” We are constantly going from one thing to another—sort of a stress-filled organized chaos. We want to hold on to the “old thing” while grasping the new. We have to be willing to let go of the old completely, spend time in an “empty space” where we can mourn what has been, and listen and pray about what is to come. Then, and only then, we’re ready for something new.

How many times does someone lose a spouse through death or divorce and then, within a short period of time marry again? They’ve not spent that time mourning their loss. They’re usually looking for a replacement, and at times the new spouse feels as if they are second fiddle to the old one.

Cec says he rarely gives advice. He feels that he would be very upset if he did and it was the wrong advice for that person. He says, “I know of myself only what I say of myself.”

Cec’ s rule in life is to give what he wants to receive. He likes hugs, so he gives them!

He’s a runner and used to run daily, about 40 miles a week. Now that he’s older, he manages only about 30!

Cec lost his wife last year, but they both used to read about 5-6 books a week and liked to watch the “heavy dramas” on T.V. In their younger years they were quite the ballroom dancers. He’s a very eclectic reader and reads in all genres, but mostly fiction and biographies. Cec likes books “that will stretch me and make me think or energize me.”

He turns off his computer between 4-5:30 on weekdays, noon on Saturdays, and often doesn’t turn it on on Sundays. He likes to spend time in his garden and outside. Cec says you need to “turn off” to grow.

After I spoke to Cec, I talked with his assistant and co-writer, Twila Belk. She says when Cec started writing he made a covenant with God to never stop learning and to always help new writers. All of his royalties from his books go into a foundation to help new writers. He gives numerous scholarships to various writer’s conferences so those who can’t afford the fees can go to learn.

Twila feels his legacy will be the lives he’s touched and the ripple effect of them touching others. He hugs people with his words.

She shared the story of a bookstore owner who came to a signing and related an incident that had happened. Cec had been passing by a booth where a friend was signing their book and they motioned to Cec to come and get one. Instead of going up to the author as everyone who saw expected, Cec went to the end of the very long line and waited his turn. The bookstore owner said that demonstrated to him that Cec really cared about folks and their feelings.

Twila says Cec has told her that when he dies he wants only two words on his tombstone: “He cared.” And he does!

To learn more about Cec or to contact him, visit www.cecilmurphey.com. Making Sense When Life Doesn’t and the other books he’s authored or co-authored are available online or at one of your favorite bookstores.